The Energoland exposition at Mochovce (Slovakia) employs a broad range of digital technologies to explain how electrical energy may be produced.  In 33 engaging interactive sections visitor learn “by doing”: one can simulate a variety of physical and chemical phenomena in a virtual environment, explore in 3D the development of the Earth  since formation of the solar system to the  vision of the near future. Tens of thousands visitors and a number of international awards prove the merit of digital technologies at the exhibition, provided by the company Strategic.
The talk will introduce a variety of modern technologies to be exploited in museums and exhibitions, with emphasis on using them in harmony with the content and visuals.  Specific solutions and possibilities of virtual and augmented reality will be discussed.

About the speaker
Otto Banyák graduated from Academy of Fine Arts and Design in Bratislava, Department of Visual Communication. Before joining Strategic, he had  worked as a graphic and motion designer in advertising, until settling in Strategic. In addition to animation, his current interests include production of 360° videos for virtual reality.
Strategic is a Bratislava-based company engaged in development and design of nonstandard, original solutions and forms of presentations,  focused on digital interactive media. In 2015 the company received the Cannes Corporate Media & TV Award. 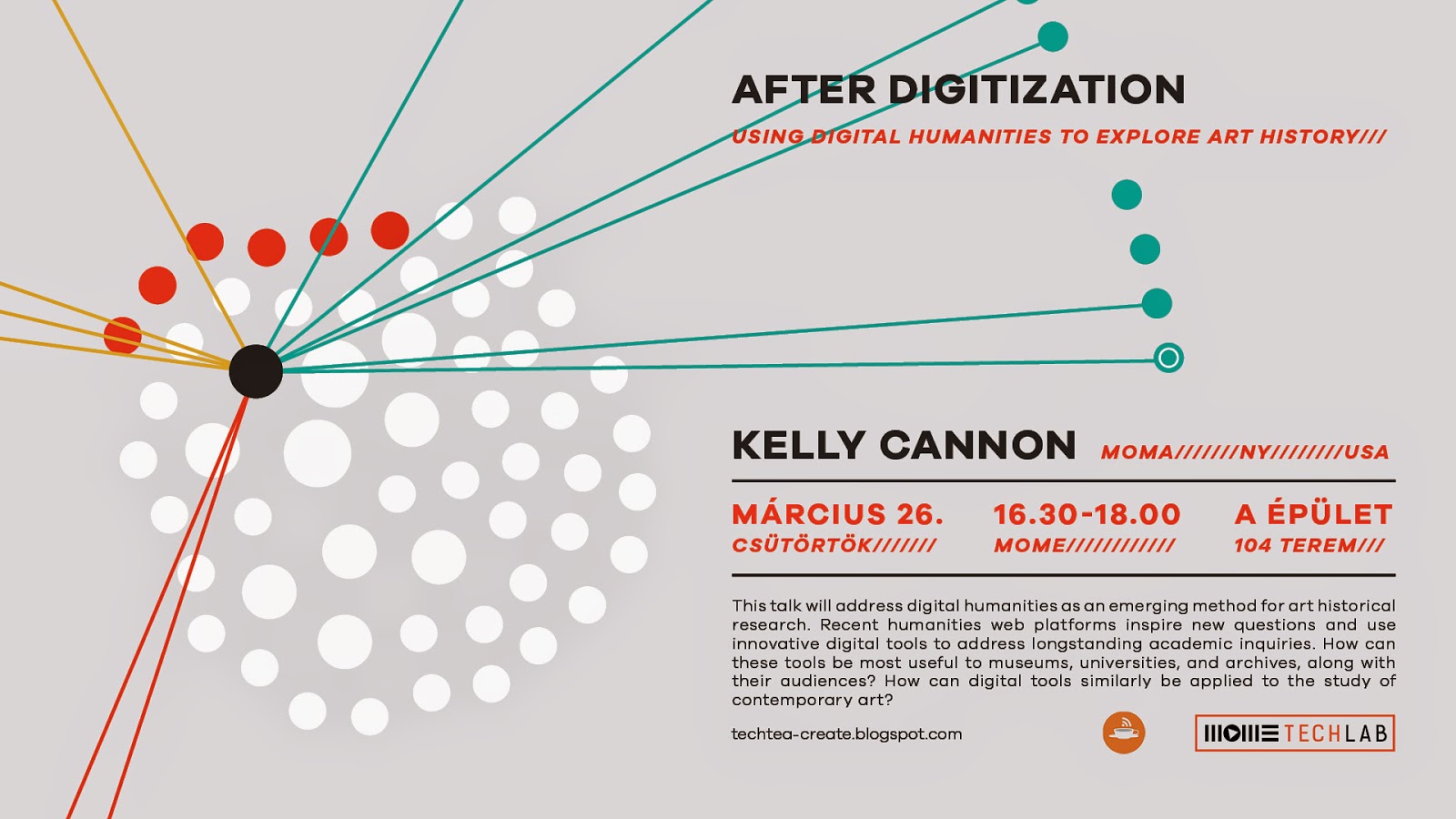 The next guest of TechTea is Kelly Cannon who  is a Fulbright Fellow researching early twentieth century Hungarian photographers. She was formerly the Cataloguer and Assistant Digital Content Strategist of Object:Photo (moma.org/objectphoto), a digital research platform for the exploration of modern photography, published by the Museum of Modern Art, New York.

This conversation will address the digital humanities as an emerging method for art historical research. Recent humanities web platforms inspire new questions and use innovative digital tools to address longstanding academic inquiries. How can these tools be most useful to museums, universities, and archives, along with their audiences? How can digital tools similarly be applied to the study of contemporary art?

Jacek Smolicki: Media ethnography of the self in space 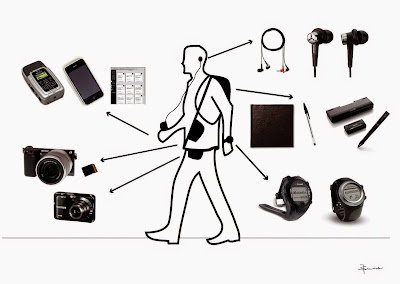 Jacek Smolicki from the Malmo University, School of Arts and Communications will present some of his artistic projects and documentary practices in
which he explores subjects such as space, memory, transience and the archive. The
latter is a key figure in his current research which he interrogates through a practical
immersion into a set of counter-archival practices He has been performing since 2009.
The On-Going Projects - as he calls them - can be seen as an attempt to craft his own
syntax of everyday life by regularly performed activities of collecting and recording
different sensory impressions related to his being in a broader, social and environmental
milieu.

He has a background in interdisciplinary art and design (Krakow
University, Stockholm University). In his recent works he has been focusing on
conceptualizing and implementing methods of working with archival practices and
memory in the context of public space and locative media. Since 2008, he has been
actively performing his own ongoing archival activities aiming at documenting his
presence in relation to the public sphere. As of the fall 2013, Jacek has been appointed as
a member of the Living Archives research project and a PhD candidate at the School of
Arts and Communications, Malmö University in Sweden. His research looks into informal
archiving practices conducted by artists, amateurs and activists.

This events are organized by The Comparative Urbanism Workshop and the TechLab of
Moholy-Nagy University of Art and Design Budapest.

He was also the guest of MOME TechLab was running the 4-day workshop titled "Archiving the Ephemeral". In the workshop mock-ups were prepared to demonstrate how to preserve and recall the disappearing, subtitle aspects for the future - in this case of the MOME campus being rebuilt. Final results were shown on Thursday at MOME. 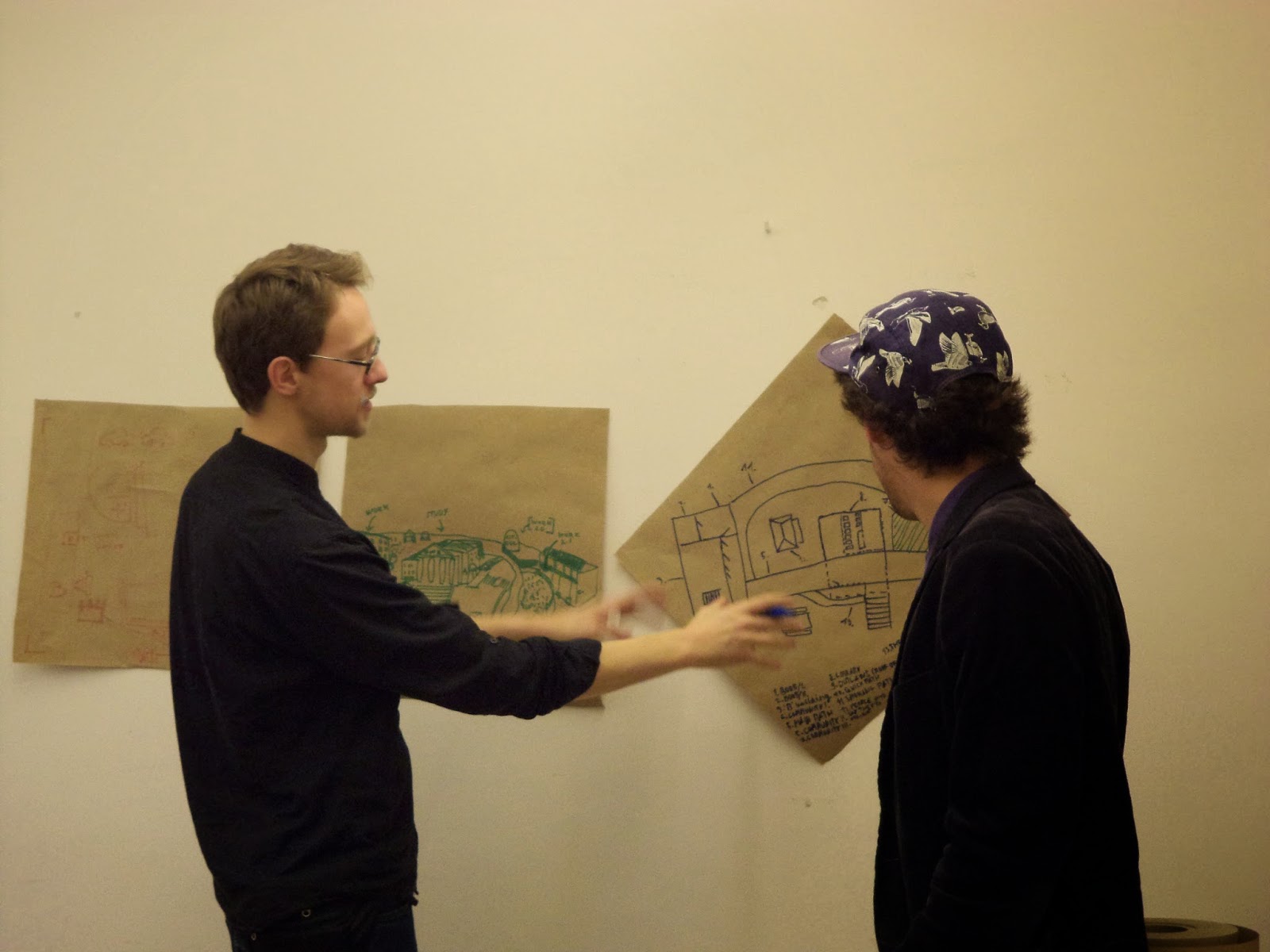 The talk and the workshop is made possible by the VUSG in the framework of the "Museum of the Future in the Visegrad Countries” course at MOME.
Bejegyezte: create.mome dátum: 15:03 Nincsenek megjegyzések:


Digital technologies have great potential to disseminate information on a large scale and in an interactive form, by engaging the audience. The talk will introduce new technologies and their possible usage in the presentation of cultural heritage. Interactive video mapping, immersive technologies and educational games supported by mobile devices will be demonstrated with illustrative examples. For two projects: the Interactive Monument for Victims and Survivors of Holocaust and a location-based game for chateau Veltrusy in the Central Bohemian Region near the banks of the Vltava River, the process of development and implementation will be discussed in detail.

MICHAELA BUCHTOVA PHD works as Assistant Professor at Charles University Prague, Department of New Media Studies. She earned her BA in Sociology and MA in Adult Education and defended her dissertation thesis in the area of Digital Game Based Learning. In 2009 she co-founded a non-profit organization M77, where she develops projects stimulating use of digital media in education and art.


The link of her presentation:
http://prezi.com/7rz8keawnoeu/immerse-and-engage-technology-enhanced-cultural-heritage-ap/ 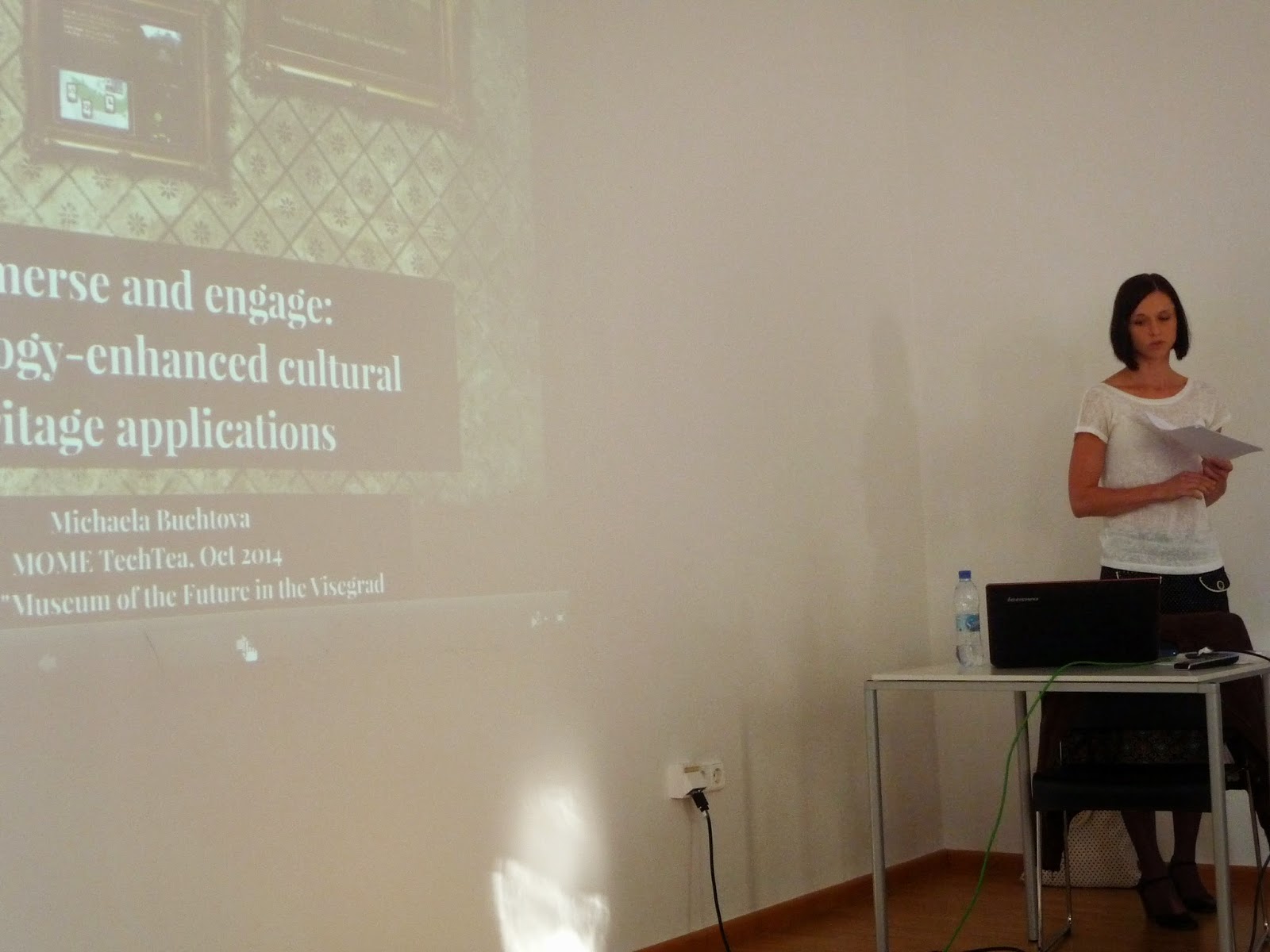 The lecture was made possible by the Visegrad University Studies Grant, in the framework of the "Museum of the Future in the Visegrad Countries"course at MOME.

What affects the specific of the city? Can we say that the history has the most important influence to urban identity? In this aspect, do we support placing the commemorative monuments in common spaces? Designers working in public areas know that they can't ignore the historical background. We could follow or deny but always we are engaged in dialogue. Therefore public spaces become natural environment for social design. Creating interactions, giving the information, involving and inclusing – that makes the public design successful. At this point the story of Chopin's benches in Warsaw and the Chopin's year 2010 begins.

The pdf the presentation of the lecture. 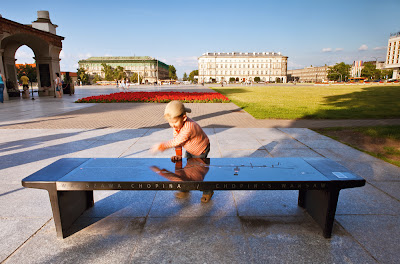 The lecture is made possible by the Visegrad University Studies Grant, in the framework of the "Museum of the Future in the Visegrad Countries" course at MOME.

Mobile Technology and the Museum


The talk will discuss the different ways of using mobile technologies in museums and other GLAM (Gallery-Library-Archaive-Museum) institutions. First a typology of different kinds of mobile solutions, according to the context of their use, will be outlined. Then by examples the speakers will analyze how GLAM institutions can benefit from the new technologies in a sustainable and innovative way, broadening access and promoting openness - which are at the core of their social role.

The presentation will explore the role mobile technologies can play in the museum sector, taking into consideration all the changes that the digital revolution has brought not only to the cultural institutions but more generally to the way we live, communicate, interact with others and with our heritage.


The lecture is made possible by the Visegrad University Studies Grant, in the framework of the "Museum of the Future inthe Visegrad Countries" course at MOME.
Bejegyezte: create.mome dátum: 7:26 Nincsenek megjegyzések: